Things to do on a sunny day in England. 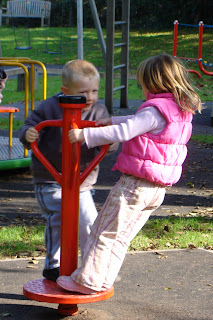 Shawn is such a good "mum." Even at 8 1/2 months pregnant, she has creative and fun projects going. Tuesday she looked up paper boats on the internet and she and i made some for her boys and a friend's daughter. (That first one was tricky, but it went much better after that!) We drove to a park in nearby Dunster where there is a nicely fenced playground with swings and slides and cool stuff to play on. Her friend and daughter joined us to play for a while. i thought my nose and fingers might just fall off, but the rest of them all seemed quite happy. Shawn had them sit at a picnic table and put stickers on their boats, then off to the creek. 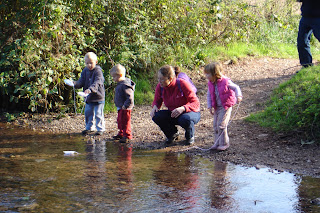 Shawn had put strings on the boats so the children could get them back, so they floated and pulled them back until the boats were nothing but soggy paper. Then they each had one to let go, as did we adults. And in beautiful Somerset County, England, there's beauty all around! 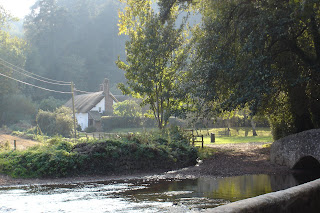 Hi There! I randomly came across your blog today and really enjoyed it! I love meeting other moms and the pictures are beautiful! Feel free to pop by my blog some time.

Gorgeous photos!!! Glad you're having fun w/ the kids. A bit chilly, you say?

Aww, that's so cool! The picture by the water was beautiful!

Yup, it is CHILLY here! The boys, who of course are used to it here, will wear a t-shirt and a sweatshirt, while i am huddled in my wool coat and scarf...brrrrrrr! Of course, if i moved as fast and constantly as they do, i'd be warmer!