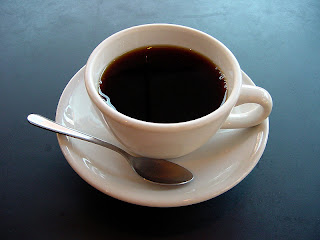 i've lost a couple of friends and assorted others to that big interrupter of life, Cancer. One was a long time friend who became my boss and helped me learn i was capable of doing many things i didn't think i could. The other was someone i'd known for years but not as closely, but God allowed me to spend a few days with just before she died.
Both had said the same words during their struggles with cancer: "I just want my life back." Somehow in my head, i heard those words, but as an outsider i thought, "but this is your life right now." To me, from the outside looking in, i knew the nausea and weakness were part of their "now," the part of life they were currently living. To them, the sickness and treatments that stole their strength and their hair were evil invaders come to take away what was rightfully theirs--their ability to care for their children, or do their jobs, or even go to the grocery store. So for them, the cancer was the interruption in their "real" lives.
i don't blame them at all for the way they felt. i have no idea what it feels like to have something attacking you from the inside, threatening to take away life as you know it.
For the one friend, even as she was in the hospital bed in her living room, bald-headed and too weak to get to the bathroom alone, when i would come in to visit she would say, "Tell me everything!" She had always greeted me like that when i returned to the office from vacation, or when she knew anything had happened in my life. She had a certain way to share photos when she returned from a trip. These customs were like little safe harbors in life--places you knew you could pull up to that would mean sharing and love, not just for her but for those she shared them with. It was about the relationship, the connecting.
For the other friend, the things we did in the few days we spent toward the end of her cancer interruption were the common errands that any mom and wife might do: take the vacuum cleaner to be fixed, go by the drugstore, pick up the kids from Vacation Bible School, go to the coffee shop. So with her, we did those things, but slowly and with an oxygen tank, each step taking great concentration and energy. And she was so happy in the doing.
Their "new" lives meant restrictions. They just wanted to be allowed to continue with the things that were important to them--for the one, that safe harbor connection with friends, the sharing of the details of life. For the other, being able to be a mom to her kids and a wife to her husband, even if that day it just meant buying them Band-aids at the drugstore.
The things that mattered to them in their "real" lives, the ones they wanted back, were the same things that mattered to them even in the life-changing interruption of cancer. The common thread running through what seemed to be two distinctly separate parts of their lives was that desire to connect with those they loved.
i'm not sure why they've been so much on my mind lately. i do know i've been feeling the limits my fibromyalgia puts on me. It's not a sickness-unto-death, i know, but on those days i find myself crying because i hurt so much i can barely move, well, i must admit to wishing for my old pain-free life.
But like my friends, the same stuff has continued to matter to me through all parts of my life (of which there have been several, having passed the half century mark.) i too love the relationships and the connecting, the sharing of photos, the tell-me-everything details of the lives of people i care about. i love the simplicity of a shared meal, conversation over coffee with a friend.
The things we value as people doesn't seem to change as our situations or bodies change.
Just something i've been pondering while in overthinking mode. Any thoughts?
Posted by julia at 10:35 AM

This was really touching. I wonder if we ever really find that balance in life, between the "I want it THIS way," and what really is....but you have taught me that accepting the "what really is" makes it a whole lot easier. Thank you.

awww...thanks for the kind words! and why wait for an invitation back to play with my Sizzix? and my new dollar dies are coming tomorrow! more to play with...

I have to thank my daughter, Tersie for leaving the tracks that led me to your wonderful blog. I was so deeply touched by this posting. I too have lost friends and my mother to cancer. It is not an easy experience for anyone involved. My mother lost her battle to cancer at the age 84. Some may say she lived a long life. Perhaps she did, but what was so heartbreaking was that she was working a full time job when cancer forced her to take a medical leave. In her mind she still had a lot more life to live. Right up until the cancer moved to her brain and took her ability to speak away, she was saying, "I am going to kick what ever this is that is wrong with me and get myself back to work". I too have fibromyalgia, as well as Polimyalgia Rheumatica, and diabetes. When the pain gets me down to where I want to cry, I think of my mother and her determination to kick what ever it was that had her down.
Thank you for allowing me to visit your lovely home on the web.
~Jo

Thank you, Jo, Tersie's mom. ;-) i'm glad you came by, and i hope you come again! Wow, your mom sounds like something, working full time at 84! My friend/boss was still coming in to the office up till a month before she died, stoked up only on Extra Strength Tylenol--sounds like they were both pretty tough ladies. i'm sorry you had to go through that with your mom--

Also sorry about your ailments--fibro is quite enough by itself!

Anyway, welcome, and drop back by, please! It's good to have company on here, though i do seem to keep talking, whether or not anybody is listening. ;-)