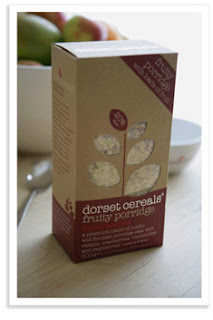 Here under the beautiful gray skies of Somerset County, England, "English" is not "English" as we in the States learned it in Miss McCall's high school English class.

Tersie at The Road to Total Growth--Body Mind and Spirit spoke about Words the other day. So, being here in The Land of True English, i've been noticing some of the different words these Englishmen (and women) use.

Courgettes: We had these in our stew. It's apparently the French word for the squash we at home call zucchini. It's pronounced with the "g" sounding rather like the Z in ZaZa Gabor, or the "j" in au ju. Now, i think "zucchini" is a pretty cool word all on its own, but how much cooler is "courgettes"? "Dahling, pahss the courgettes..."

Porridge: Here in the land of queens and princes, they do not eat oatmeal, they eat "porridge," or "porridge oats." You know, like the old "pease porridge hot, pease porridge cold, pease porridge in the pot, nine days old," but that one is porridge made of peas cooked in milk. For some silly reason, "porridge" brought up visions of Oliver Twist to me, small children in poorhouses and such. But perhaps i confuse "porridge" and "gruel." i had the above pictured porridge this morning, and it was quite good!

Wonky: "Mummy, the leg on this stool is a bit wonky," Elias said. i love that word! i had heard it on British home decorating shows, and i admit to having used it occasionally myself. It rolls off the tongue, say it with me, "Wonky." See?

Swede: At home we call these rutabagas. i have yet to taste one under either name, but Elias and i had a good game of "roll the swede" at the kitchen table yesterday. It's a very resilient vegetable. Oh, that's another thing--

Veg: When at home i sit and watch an old movie and drink a cup of hot chocolate, i would say that i'm going to "veg" a while, but i eat "vegetables." Here in England, you eat your "veg," (rhymes with "hedge") of which the above-mentioned "swede" and "courgettes" are a part.

Also there's the spelling--in the States we use the letter "z" in words like "organize" and "pressurize" but in England, an "s" takes the place of the "z," as in "organise." Oh, and "pressurised" is not necessarily a word for a spray can under pressure, it's also a state of being: "I'm feel pressurised," where we would say "I'm feeling pressured."

Pulse: A "pulse" isn't just something you feel to see if you're going to pass out after exercising, it's a common word for things like lentils, thus, there is a food category of "beans and pulse."

And who doesn't love the pronunciation? Two year olds and four year olds who say, "cah-stle" and "I cah-n't" with the "aw" sound instead of the boring American "a" of "cat," and who call for their "mum."

But saving my favorite for last:

Torch: i hear the word "torch" and think Frankenstein (or my favorite, Gene Wilder and Young Frankenstein) and the crowd of villagers storming the castle with big flaming torches, intent on killing Frankenstein's monster. In my mind, a child with a torch sounds like a recipe for disaster, here, it's a flashlight, as in, "it's dark outside, do you want to take a torch?"

lol what a great post. Gotta love the English language and all of its different meanings. I really enjoy listening to Jacob speak and the different ways he says words wrong in their little 'baby language' love it!

WOW! This was great fun to read, and you really ARE immersed, aren't you? My friend, Audrey, who also lives there, has 2 daughters who made us all laugh by talking about their knickers (underwear). Audrey also said, "Don't get your knickers in a twist" as in "don't get yourself all worked up over something." Fun.

I'd like a torch on a dark night, that would be like an adventure. But I mean an American torch with the fire and everything, not the flashlight kind. But I suppose the adventure would end with an arrest or at least a severe warning.

Hope your cold is better.

Well, ladies, it is certainly fun listening to "proper English" with a toddler twist! And knickers is a funny one--and every time i say "pants" around Elias, he laughs and says, "NO, TROUSERS!" And i think it might be worth the "severe warning" (LOL) to carry a torch about in the night. :-)

I believe I told you that my step-daughter lives in England with her Prince Charming. They will be in Abu Dhabi for a while and we noticed in conversation on the phone this summer, she wasn't saying "It is beginning to get hot here" instead we were hearing "It is hotting up here". We love it. JD can't understand a word that his son-in-law says, but we love him just the same.

Jo--yes, you did tell me about your son-in-law and daughter--i had the same problem as JD when i first knew my s-i-l, couldn't understand a THING he was saying...Just keep smiling, right?