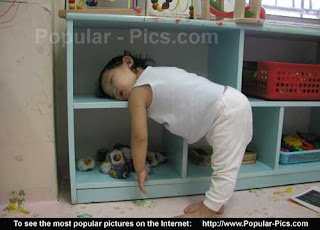 So, the hard stuff. The doc prescribed methadone. Apparently it's been used as a strong painkiller since the 40's. But what is the first thing that comes to your mind when you hear the word "methadone"? That's right--i just say, "and the upside is, i can finally kick my heroin habit." Yup, it's what heroin addicts are treated with.
It's a synthetic, and works like morphine, from the opiate family. (The Opiate family. There's a joke in there somewhere: "And this is our daughter, Poppy. She's a sweet one, but kind of in her own world...") Morphine was Hubby's drug of choice for kidney stones. He'd go from shrieking like a little girl to snoring like an old drunk in thirty seconds. And i'd be left sitting there in the emergency room reading ten year old copies of Sunset magazine.
Anyway, the doctor assured me methadone would be a good painkiller, and perhaps allow me to get going with life again. We're starting super slow, half a tiny little pill at night for a week, then add half a pill in the mornings for a week, then give him a call and let him know how it's going.
So far i've been super sedated feeling--had some days where i slept more hours than i was awake, had some (more than usual) dizzy and brainless days. And all of this has been accompanied by some pretty good pain. And my nights have been ones of waking every couple of hours, meaning not the soundest sleep when i'm getting it. So i'm still waiting around for Poppy to get busy workin' her magic.
*SKIMMER'S RECAP:
What the heck. It's only somethin' like 250 words! Just read it!
Posted by julia at 7:21 AM

Are you getting the feeling that you are reliving the 60's and your name should be moonbeam or such...?

Wishing you and yours A Merry Christmas and a Healthy Happy Painfree New Year.

Hi jle- I'm not happy with their choice of methadone. Be very careful with any other meds taken with it like especially any anti anxiety meds and do a complete search on it online for the side effects (like the drug insert). Did they do a liver panel blood test before putting you on it? It was a requirement for me to go on it. It's horrible for the liver. I had side effects so couldn't tolerate it, but you might be one of those who do fine on it. I've heard several success stories with it, but just wouldn't choose it first off. I never get that good feeling with any pain med. You'd think we could at least have some benefits! I think they don't want you on a narcotic for your pain. Very odd choice if you ask me- it was the only one my regular clinic would put me on because it's not really a pain killer. Just like neurontin- it's not a pain killer, but can act like one. I hope it works and you don't have to go thru a dozen to find one that does work. It should work right away- not take days to work- you shouldn't be dizzy or sleepless on it so those are side effects since you started it? It's good you are checking back in just 2 weeks. Best of luck to you! pti

Jo--summer of love, baby, summer of love!!
Pti--well, the doc has been running this pain clinic for 27 or 28 years, so i would think he's had some experience with the outcome, so i figured it was worth trying! And it's been used as a painkiller since the 40's--i thought it was a narcotic? And now i'm wondering if my dizziness etc is something else, seems Dean has been feeling that way too, and he's not taking the same stuff! But dizziness is one of the side effects, they even put a label on the bottle to say that. The doc has a complete list of my other medications, prescription and otherwise, i had to fill out this monster thing for the "team". Online i read loads of success stories with it for chronic pain, and way less negatives, so that seemed good. But no, nobody did a liver panel. i'll ask them about that, just to keep an eye on that whole dealeo. i also wonder if the fact that the doc wanted me to start super slowly on it means there just hasn't been enough in my system to work yet--