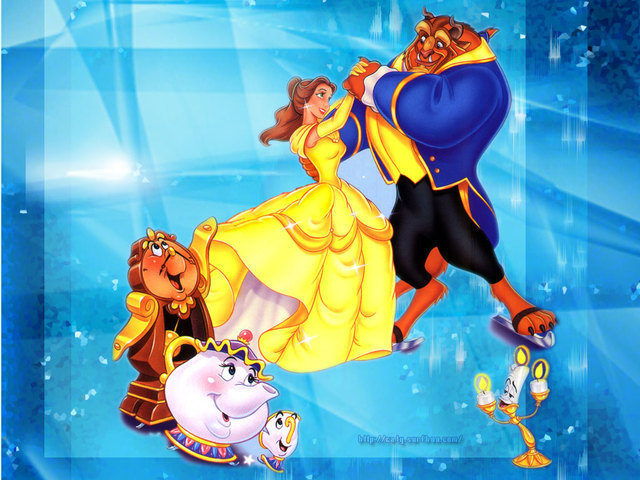 I was once terribly insulted when a co-worker called me "provincial." After all, even Belle in "Beauty and the Beast" uses that like a bad word. Remember? She's singing about her village, and "provincial" goes along with "every day like the day before" and "small." I had enough knowledge of the word to feel offended, but I had to look it up to be sure. The Free Dictionary says things like "not fashionable or sophisticated." Heyyyy, I resemble that remark! I am not a city girl. I've never been a city girl. But I don't HAVE to be a city girl--it's not the boss of me!

The co-worker, a single, better traveled, more independent and worldly soul than I, seemed to be saying "Your life is so much smaller than mine." Okay, so I live in the suburbs, I have a husband and children and dogs, and I don't go traveling by myself and am honestly a cowardly person who fears being irretrievably lost if I pass the border of my neighboring handful of towns, true.

And I do so admire those women who have the confidence to just get on planes and go to foreign places like France or Chicago, I really do. I'm just more of a tag-along kinda girl. Is that so bad?

Saturday night I went to hear Anne Lamott speak in Napa, California with a group of women. I can feel "less than" so easily when I hear of the adventures of Others. Because I'm measuring myself always against Others. And there are so many people who are Thinner/Prettier/Better Traveled/More Together/have Nicer Houses/are Braver than me. And I let myself feel small.

Anne speaks about what everyone is dealing with: aging, accepting yourself, parenting. She says she's pretty much settled with the fact that she has the body she's going to have. This makes me sigh. She's a year younger than me, and I had "hopes."

So who did God make me? I may not be like Anne Lamott with humor drier than a piece of English toast sitting in a rack, but my humor comes from my beginnings, and the things I've lived through and how I see them. And my love of people comes from the same. And there will always be someone thinner than me because I'm built for luxury and not for speed.

And so again I end up facing the question of who am I before my Creator, before Others? And the really cool thing is that even at 59 I am still learning the answers, and I'm still changing and becoming, even at this age where I had hopes for knowing more and being more already so I could maybe just sit down and have a coffee.

So, observing Anne, I'd say I need to embrace the who and where of me, and take good notes. "If you're a writer, always have a pen, or God will give me your ideas."--Anne Lamott.


Skimmer's recap: It's true what God says, that He made me. So why do I spend so much time arguing with Him about it? OH--and, read Anne Lamott! I'm pretty sure she makes God laugh.