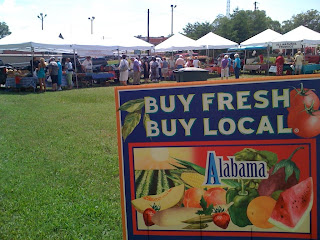 I've always been a West Coast girl. I grew up in Portland, Oregon, went to school in McMinnville, Oregon, and now live in the San Francisco Bay Area of California.

There was one brief stint spent in Vail, Colorado while working as a housekeeper in a hotel. Did I learn to ski? Not so much. The idea of downhill skiing terrified me, so I took a lesson in cross-country skiing. The teacher said, "Wow, I've never had a student fall down so much." Um, thank you? It was much harder and wetter than walking, which I did in abundance, rarely falling down. Thus ended my relationship with skis and poles.

What I'm thinking about while analyzing my choices in coasts and my obvious lack of skiing ability is that I've spent most of my time with plentiful fruits and berries and vegetables. Amazing berries growing wild in the empty lot next door when I was a child (I also tried picking berries for money with a friend, but again, HARD and way too early.) And the nuts? We had two walnut trees growing in our yard that provided so many nuts that my mother became quite creative in their use. I've only been able to face walnuts again in the past 10 years.

California also is an amazing land of plenty, fruit, nut, berry and vegetable-wise. I can casually plant a squash in my flower garden and enjoy fresh squash for months, heck, I've even had volunteer tomatoes grow from the compost I made before I learned not to put anything that might grow from a seed in the mix.  Every street I go down has lemon trees.

But I've always been able to recognize the vegetables. 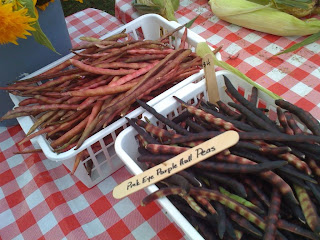 Aren't these the prettiest things? New to me!
In Alabama we had the pleasure of watching one of my hubby's cousins in action. And I see why I have my own personal energy crisis, since she had her energy, my energy, and possibly the energy of everyone living in a 5 mile radius. She's one of those people I can only sit back and view in awe: in retirement she heads up the local Chamber of Commerce, runs the local farmers market, takes tennis lessons, and in her down time she does HAND SMOCKING on dresses for her granddaughter. And that's only stuff I know about! And in retirement. I've not done that many things total in my life. 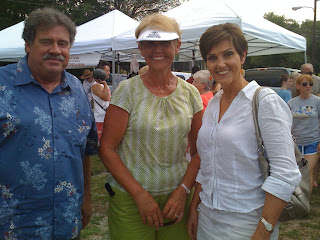 Hubby with his cousins, while he semi-patiently waits for me to be
done taking photos with his iPhone since my battery was dead.
It drove him a little crazy, but it's a mighty short trip anyway.
But the bounty of 'Bama! Oh--they have beautiful fruits and vegetables, things I've never seen in person. We went to the farmers market the Monday we were there, and I of course went crazy taking pictures. It was just so colorful, and the actual farmers themselves are the ones selling the produce, and that doesn't happen at home. 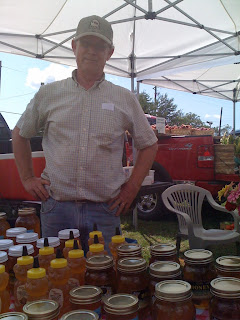 Sells honey from his farm, among other things. And only looks
mildly irritated that I'm making him pose. ;-) 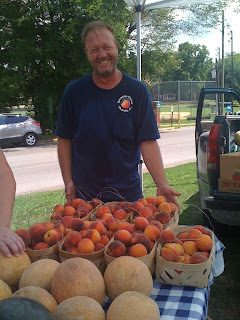 Yum. Beautiful produce, and he didn't seem to mind
the crazy lady from California asking him to pose. :-)
Those are the actual farmers themselves--in fact, the market is held in the afternoon just so the farmers can bring their produce. And an extra added bonus? In this lovely small town, people didn't act like I was an escaped mental patient when I talked to strangers! 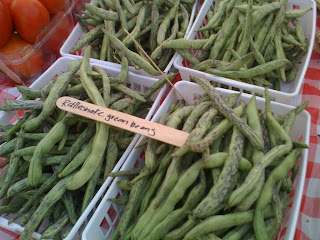 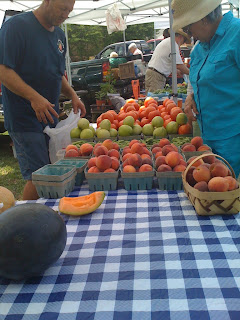 We bought that Ambrosia canteloupe--and that big melon
that looks black? Actually very dark green, and is a Sugarbaby
(if i remember right) watermelon! 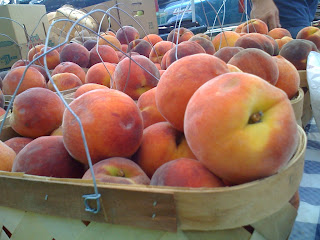 And oh, sweet summer fruit--don't you just want to dive into that
basket of peaches? Juicy wonderfulness...
Skimmer's Recap: OH. YUM. Alabama.
Posted by julia at 10:46 AM